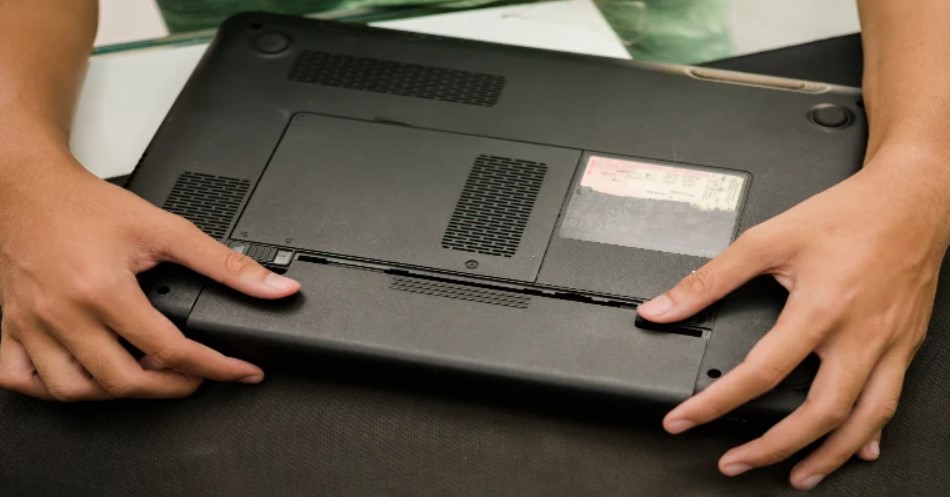 If your laptop’s battery dies or is faulty, you may be thinking if you can even use the laptop if you remove the battery from the laptop. Or perhaps you need to get rid of it in order to extend its usefulness.? Even if you don’t understand why, I’ll explain everything to you and show you how to do something securely, no matter what the reason is. Because…

Yes Using a laptop without even a battery is possible. However, in order for your laptop to function, you must connect it to an electrical outlet. Disconnecting it would have the same effect as unplugging a standard PC. Without a battery, you can still use your laptop.

The primary purpose of laptop batteries is to allow us to travel with our devices. It’s still a choice if you don’t need it or can’t have it because of a dead battery. It’s preferable to remove your laptop’s battery even if it’s dead and not recharging while using it with a power brick and a wall socket. You’ll be able to avoid any harm that could be caused by a bad battery this way.

Use Laptop Without a Battery

Because my laptop hardly left the house and the battery was bad, I removed it and powered it up with the AC adapter. I gave up on installing a better battery for it because it was rarely used outside the house. It’s typically used to replace the desktop. 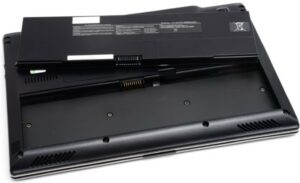 Is there any evidence that it negatively impacted the computer’s performance? The answer is “no” again. Is it still working the same way it did before? That’s correct.

Can You Still Use a Laptop with A Dead Battery?

When the laptop and its charger are linked to an electrical socket, yes. To avoid overheating or other issues, it is advised to remove the battery pack. If left to die, a battery will not draw any current and will pose no danger. To be safe, remove the battery even if it isn’t completely dead. An old battery, for example, may start misbehaving.

Is It Safe to Use a Laptop without A Battery?

It is, in fact, completely risk-free. Your laptop’s components and operating system will not be damaged if you remove the battery and use a suitable charger linked to the power outlet and your computer.

Remember to avoid touching the pins that link to the battery itself, as doing so could cause a short circuit or possibly be hazardous to your health. The problem is that they’re always situated in places where it’s impossible to accidentally contact them. Then again, be careful!

Using a Laptop without A Battery | Good or Bad?

Taking out your laptop’s battery if it’s drained, dying, or malfunctioning is a smart idea. Removing the battery, on the other hand, offers minor advantages over leaving your gadget plugged in all the time.

Because your laptop will shut down immediately if the power goes out, you face a larger risk of losing important data or potentially damaging its internal components if you do this. Even though power outages of a few minutes or more are rare for most regions of the world, if you live in one, it’s best to have your laptop powered by a backup battery to prevent data loss.

What Happens if You Keep Plugging the Laptop’s Battery In All the Time?

You may have heard that if you frequently plug in your laptop, it will drain its battery. In a sense, it’s like plugging in the battery and letting it charge to full capacity. Even while this isn’t exactly accurate, the fact is that most current computers (and consequently their batteries) have a number of safety mechanisms in place to ensure the battery’s life is as long as possible. 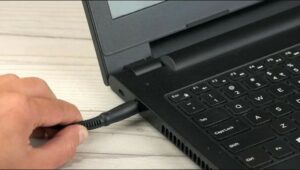 It’s worth noting that even if you leave your laptop plugged in at all times, once the battery reaches 100% capacity, it will stop consuming power. It is possible to extend the life of a battery by charging it to 80 percent or less. Your model may or may not prevent you from overcharging and continual battery charging, although most recent models have at minimum some safeguards in place.

When your gadget is plugged in, you don’t need to remove the battery. There’s a slight danger you’ll lose your work if the power goes off or if you disconnect the charger because many batteries are difficult to remove. It’s also possible to get electrocuted if you contact the laptop’s battery pins while it’s charging.

Even if you did all of that, a modern battery would still be unaffected. You may be able to extend the life of the battery if the device doesn’t have such safeguards in place, and even if it does, it’s not really worth the effort. Whenever the battery is faulty and poses a health or fire concern, things might quickly change. In most cases, removing the laptop’s battery and keeping it connected at all times is unnecessary. However, your laptop will not be harmed in any way by this.

Keeping your laptop’s battery charged is a good idea if you solely use it at your desk and don’t plan to take it anyplace. Just make sure you recharge it all the way to about 40% before storing it. You can keep it in the refrigerator in a Ziploc bag to extend its shelf life.

Doing a full charge-discharge procedure at least once a month is recommended. As a result, your battery should last longer.

Use of A Ups or A Power Backup Device

For those who live in places where power outages are often, this precaution is especially important. Having a UPS on hand will ensure that your important data is not lost in the event of a power outage. A UPS can also serve as a surge protector, highlighting the need for one.

The lifespan of UPS units is a concern. Our Laptop UPS Duration Calculator can help you figure out how much battery life you’ll have available. 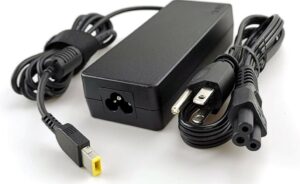 Because your laptop lacks a battery that can perform the tasks of a UPS, these impacts cannot be totally eradicated.

Staying Clear of The Battery Slot

When your laptop is connected in, you should avoid touching the visible battery pin slots. If you do so, you could injure yourself severely and even die.

Advantages of Using a Laptop without A Battery

Without a battery, you don’t have to use the laptop at all. In fact, most laptop users prefer to detach their batteries and then use their devices without them.

The impact of a laptop’s detachable battery is minimal. Rather than shortening the battery’s lifespan, this technique actually helps it last longer. When you need to utilize the battery, you can charge it up and store it for later use. If your laptop will be idle for an extended period of time, such as while you are away, it is a good idea to remove the battery.

It’s also a good idea to remove the batteries from your laptop if you plan on working for an extended amount of time with it plugged in. As a result, the battery’s lifespan is extended and it prevents it from overheating

Preventing the Laptop from Overheating 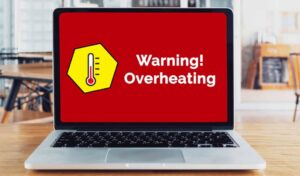 For the most part, it works, but there are times when your laptop won’t come on or function regularly, even though it’s plugged in securely. Some laptop models and devices may not be compatible with this procedure, therefore results may vary from machine to machine. If your laptop won’t run on AC power, there could possibly be a problem with the adapter or the system board.

conclusion: You can use a laptop without a battery as long as it is plugged into an outlet and the power brick. However, if the connector comes loose even slightly, your system will shut down and files and the OS may be damaged. What’s my advice? To keep the battery in good working order, use it while it is charging and then unplug it after it is fully charged so that the battery can be used again. However, you can use it without a battery as long as the power line does not come free during operation.