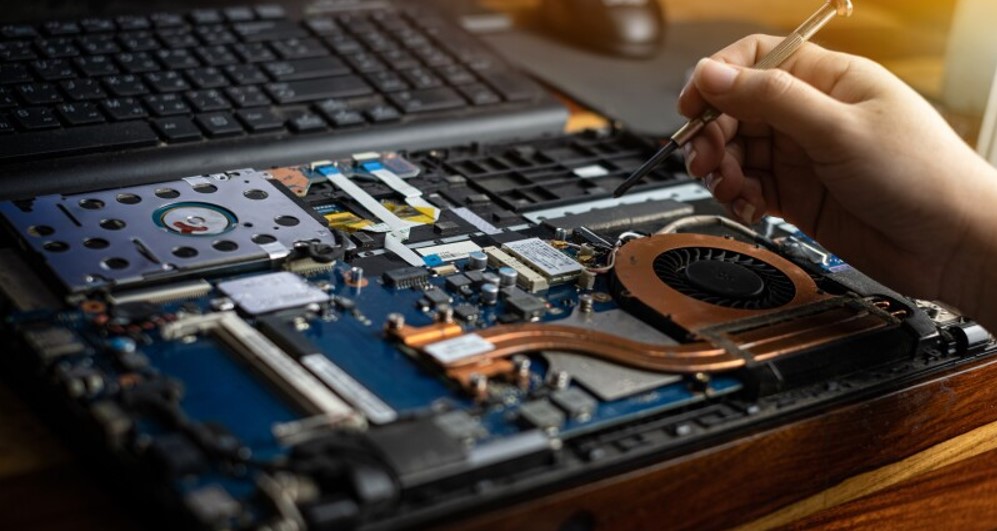 Custom profiles can be created for a wide range of applications on some laptops that feature in-built software. Fans on a slim laptop would have to spin at a much greater pace to get rid of the hot air as rapidly as possible if it were to overheat. However, the fans of a larger laptop do not have to spin as fast as those of a thin laptop. However, because of its design, it cools at a slower rate because the temperature threshold is significantly greater. We don’t recommend disabling your laptop’s fan, but we’ll teach you how to do it in this post.

How do you stop the laptop fan from running? You’d have to dismantle the laptop and remove the fan by hand. Is this something you’d advise against? Definitely not. Cooling your CPU and other internal parts is essential to their proper operation. Thermal throttling will commence if the computer’s cooling system is unable to keep up with demand. If the heat continues to climb or does not decrease, the laptop might push itself to shut down in an attempt to prevent the internal components from overheating and failing. 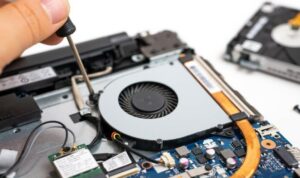 Turn Off the Laptop Fan in BIOS

The primary function of the BIOS is to serve as a link between the computer’s hardware and the os version. The BIOS can be accessed in two ways. 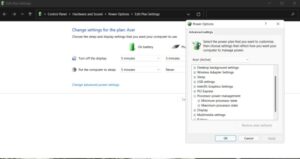 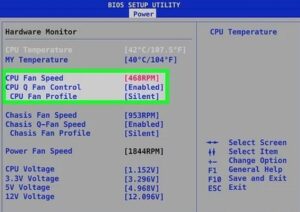 Turn Off the Fan via The Motherboard 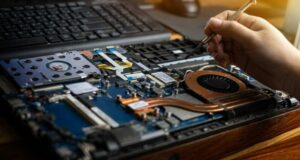 Turn Off the Fan with Software

Third-party software, which enables you to alter fan control, is another alternative. Users can make any modifications they want with programs like Speedfan, MSI afterburner, and Gigabyte EasyTune. 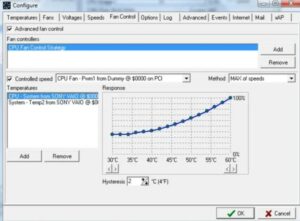 The biggest drawback of this type of software is that it only works with fans that can be adjusted, and most fans cannot be adjusted. Fan software can be checked, if any one of the above-mentioned works for you, you can install them to switch on/off or adjust the fan’s speed as well as other fan control features with a wide variety of options.

Important Note: Make sure to keep in mind that the fan is self-contained. Whenever the laptop detects excessive heat, the fan speed is increased, and vice versa is true while the laptop is cooling down. Higher-end laptops can even completely shut down the fan. So if the fan noise bothers you, it’s likely that your laptop is overheating. It’s a good idea to check your laptop’s vents for any dust buildup. If possible, place your laptop on a table or desk with a solid surface. Prevent the obstruction of ventilation ports by avoiding the use of pillows, mattresses, and similar soft surfaces.

Without a Fan, how Long Can I Run My Laptop?

Because fans are incorporated into every computer, removing them would severely limit the PC’s lifespan and the lifespan of its internal components. It’s possible for a laptop to catch on fire if it continues to operate at temperatures of 85 to 100 degrees Celsius. In order to maintain your computer functioning smoothly for an extended period of time, you’ll need a fan.

The Reason Why My Laptop Fan Is Always On?

Fan speeds that are too high. Active cooling is available on some laptops from the factory, regardless of whether or not a program is running in the foreground. It is, however, feasible to alter fan configurations to function more aggressively under certain circumstances. Overheating. Whenever the laptop is in operation, components other than the CPU and GPU generate heat. Examples of these are the RAM, hard drive, and motherboard.

Besides the CPU and GPU, other parts of the motherboard that generate heat can benefit from a cooling fan. Using heavy-duty software. If no programs are working in the background, the cooling fan will not run. Your computer’s operating system instructs the fans to turn on and generate more noise and rotational speed to help cool down any overheating components.

Conclusion: Due to its potential to extend the lifespan of laptops and computers, cooling fans are an essential piece of equipment. Laptop fans have to be serviced regularly to ensure their efficiency and performance are not compromised by dust and other debris. On the subject of turning off your laptop fan, that’s it!